Get Fast and Consistent Relief From Prostate Discomfort

Save 60% Today Only and While Supplies Last

Experience a real and effective solution against prostate discomfort.

Take back the life that prostate problems took from you by eliminating prostate health problems NOW.

Are you ready to be free from your prostate problems?

For a better quality of life, choose Advanced Sito Prostate.

Scroll Down to Order Now

Advanced Sito Prostate’s SITO PRO Technology FORMULA is a select group of ingredients brought together to greatly reduce prostate discomfort and other symptoms. 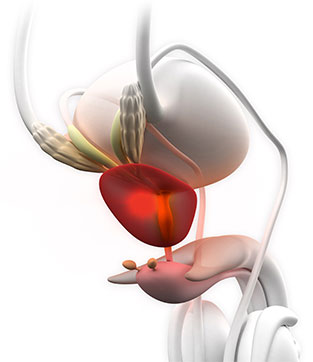 The Prostate Relief of Benign Enlargement (P.R.O.B.E) formula combines the most potent sterols to effectively stop benign prostate growth and reduce the size of your prostate. Beta Sitosterol, the main ingredient of Advanced Sito Prostate, is the industry’s most prolific prostate relief ingredient. Backed by over 60 pages of scientific data and clinical tests, Beta Sitosterol is the ultimate ingredient for prostate relief.

Benign Prostatic Hyperplasia (BPH), is the most common prostate-related disease, affecting half of the male population by the time they reach 60 years of age. BPH is a chronic problem that traces back to the synthesis of testosterone, which promotes prostate enlargement. Advanced Sito Prostate is equipped with the formula to STOP prostate growth, REDUCE prostate size, and PROTECT the prostate from the most common prostate health diseases.

All You Need to Know About Prostate Health Problems

The prostate gland is an important part of the male reproductive system. It’s responsible for two things – producing the prostate fluid, and propelling semen through the urethra. As important as the prostate is, it is the main cause of discomfort for men aged 50 and older.

Patients who are diagnosed with an enlarged prostate (BPH) experience symptoms such as:

Untreated cases of BPH may result in more severe symptoms such as the complete inability to urinate, which would require emergency care. Benign Prostatic Hyperplasia tends to get worse as men age, and without the proper treatment to manage the condition, it could take over a man’s day-to-day life.

What causes an enlarged prostate?

Benign Prostatic Hyperplasia is an abnormal growth of the prostate gland caused by an increase in dihydrotestosterone. Prostate growth is a natural process that coincides with puberty. The prostate gland grows in size during adolescence until adulthood. The size of the prostate remains relatively stable until it grows again by the age of 40. Although it grows at a slow pace, it would not stop growing for the rest of the man’s life.

Normally, the body regulates the number of hormones present through the hypothalamus and pituitary gland. As the body ages, its ability to regulate itself decreases. The increase in DHT is brought about by the reaction of testosterone to the 5-alpha reductase enzyme, which converts testosterone to dihydrotestosterone. An increase in DHT kickstarts prostate growth, and it keeps growing until you seek treatment to alleviate the symptoms.

5 Stages to Ultimate Prostate Relief
Phase 1
Advanced Sito Prostate’s enteric coating ensures that the active components are protected from breaking down until it reaches the small intestine. Upon reaching the small intestine, the contents are absorbed optimally and transported to the key organs through the circulatory system.
Phase 2
Beta-sitosterol, the main ingredient of Advanced Sito Prostate, binds to the prostate gland, immediately working to reduce swelling and inflammation. Within a few days of taking Advanced Sito Prostate, you can expect a significant improvement in your urological functions.
Phase 3
Beta Sitosterol acts as a 5-alpha reductase inhibitor to prevent the conversion of testosterone to dihydrotestosterone (DHT). Dihydrotestosterone is the primary cause of enlarged prostate in older men. As a result, you can expect a better retention of testosterone, which can restore and improve sexual function while effectively shrinking the size of your prostate.
Phase 4
Beta Sitosterol acts to limit the amount of cholesterol stored by the body. As a cholesterol-limiting agent, Beta Sitosterol can reduce prostate gland size and improve Lower Urinary Tract Symptoms.
Phase 5
Auxiliary ingredients such as Pomegranate, Quercetin, Grape Seed Extract, help to further reduce hyperplasia. Each ingredient has anti-inflammatory and antioxidant properties that allow the prostate to gradually reduce in size.

Beta Sitosterol for patients with BPH

Studies show that cholesterol-controlling agents such as Beta Sitosterol can drastically reduce prostate size. Tumor growth and hyperplasia are influenced by the amount of cholesterol stored within the lipid raft component of the cellular plasma membrane. It stimulates signaling pathways which could promote tissue growth in the prostate as well as its progression.

Cholesterol-lowering drugs have shown promise in managing BPH symptoms, but may be insufficient considering that the underlying cause is not addressed. Beta Sitosterol, in addition to being a cholesterol-lowering agent, is the most effective 5-alpha reductase inhibitor, which could help control the growth of the prostate.

In addition to Beta Sitosterol as the main ingredient of Advanced Sito Prostate, it also features a proprietary formula that inhibits both type I and type II of 5-alpha reductase enzyme. Inhibiting a wider spectrum of the enzyme ensures the effectiveness of the formula in preventing further prostate growth. 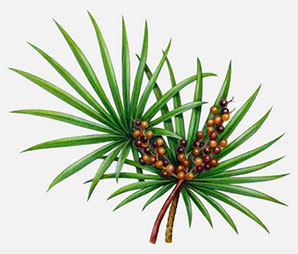 Furthermore, the proprietary formula features ingredients that counter the adverse effects of increased levels of phytosterols, including the lack of libido and other sexual functions. Ingredients such as Saw Palmetto, Stinging Nettle Root Extract, and Pygeum Bark Extract effectively balance the body’s utilization of testosterone to normalize sexual function while preventing DHT from affecting prostate size.

Advanced Sito Prostate’s comprehensive formulation allows it to be instrumental in treating other prostate-related health problems, including prostatitis.

Prostatitis is an acute inflammation of the prostate gland caused by a bacterial infection. Just like Benign Prostatic Hyperplasia, Prostatitis causes the prostate to swell, which in turn creates Lower Urinary Tract Symptoms (LUTS). Prostatitis is typically treated with antibiotics that doctors prescribe. However, patients suffering from prostatitis may still experience LUTS during treatment. Prostatitis can cause discomfort and can be painful due to the infection.

Beta Sitosterol for patients with Prostatitis

Beta Sitosterol can bind to the prostate gland and help to reduce swelling and inflammation. It helps by limiting the amount of cholesterol retained by the body. It also helps by reducing the amount of cholesterol absorbed in the intestine. High levels of Low-density Lipoprotein (LDL) can increase inflammation and aggravate the condition. By limiting LDL, Beta Sitosterol limits further inflammation, which allows the body to heal the infection and reduce the swelling and inflammation naturally.

Prostate Cancer is the second most common cancer that affects men in the United States. Based on studies, 1 out of 9 men will be diagnosed with prostate cancer in his lifetime. Prostate Cancer is also the second leading cause of death in American men, next only to lung cancer. Advanced Sito Prostate contains ingredients that help prevent and treat Prostate Cancer.

Quercetin, a key ingredient in the Advanced Sito Prostate’s proprietary formula, is one of the few supplements recognized to treat prostate cancer. According to the studies, Quercetin depletes the levels of heat shock protein and induced cancer cell apoptosis. Even more significant is the action of Quercetin vis-à-vis chemotherapy and other cancer treatments which could be debilitating to the patient, treatments that include Quercetin could bypass the side effects associated with Prostate Cancer treatments. 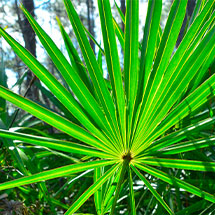 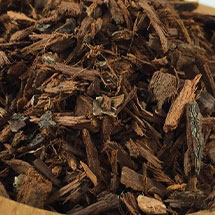 Pygeum Bark Extract is a Tier 2 prostate health supplement which is proven to alleviate LUTS. Aside from its main phytosterol components that help patients recover from the symptoms of BPH, Pygeum Bark Extract also contains ursolic acid and oleanic acid which have strong anti-inflammatory properties to treat patients suffering from Prostatitis. 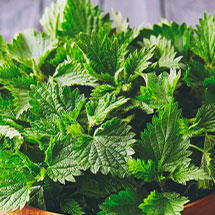 Stinging Nettle Root is a key ingredient in alleviating the discomfort associated with LUTS. It has been used for centuries to treat symptoms such as pelvic pain, frequent urination, difficulty urinating, and other related symptoms. Stinging Nettle Root also has anti-inflammatory properties for treating patients with Prostatitis. 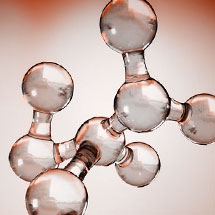 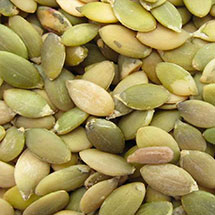 Pumpkin seeds contain phytochemicals that reduce the effects of dihydrotestosterone in the prostate. Pumpkin seeds are also high in zinc, which promotes the replenishment of healthy, non-malignant prostate cells. 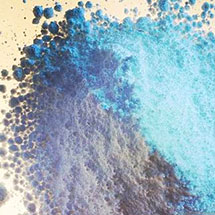 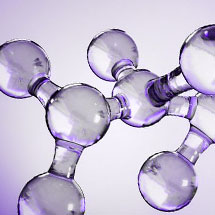 Advanced Sito Prostate also contains a mixed blend of phytosterols such as camposterol, stigmasterol, and brassicasterol, which are used to treat a variety of prostate health conditions including BPH, Prostatitis, and Prostate Cancer.

Advanced Sito Prostate is Covered by a
Limited 90-Day Money Back Guarantee.
If you are not completely satisfied with your purchase, you can call us and our friendly customer service representatives would assist you in processing your refund. You can count on us to fulfill our end and provide you with a smooth, hassle-free transaction whether it is a purchase or a refund. We are proud to say that with the thousands of orders that we process every month, we are able to maintain the quality that matches our customers’ expectations. We look forward to processing your order! 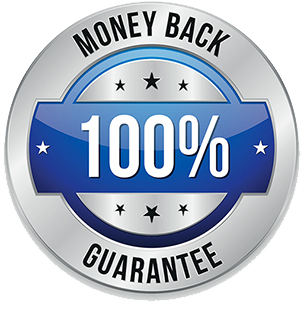 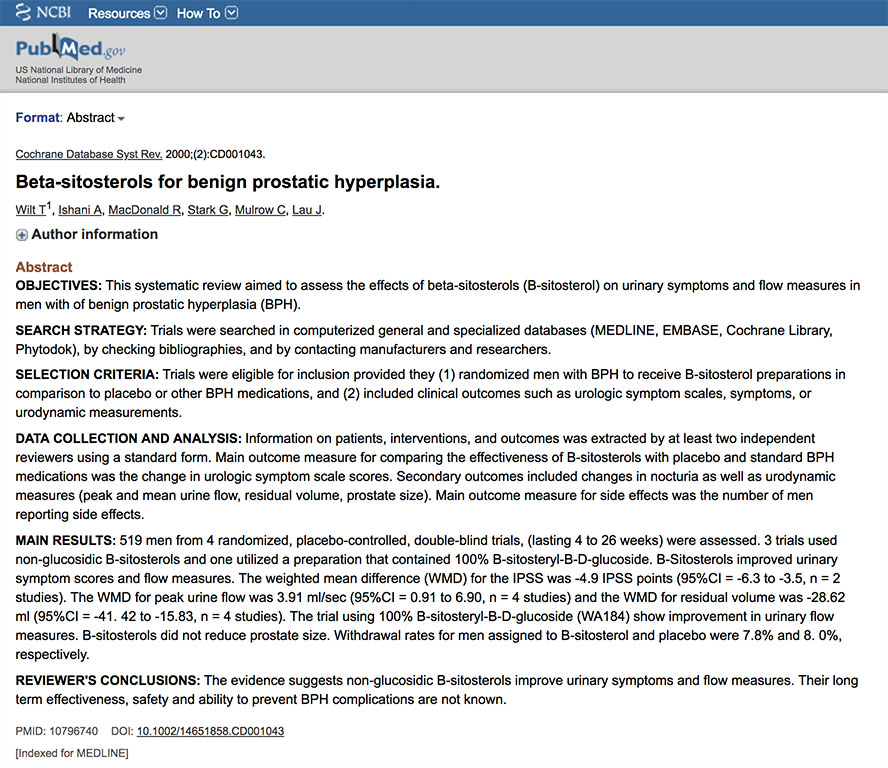 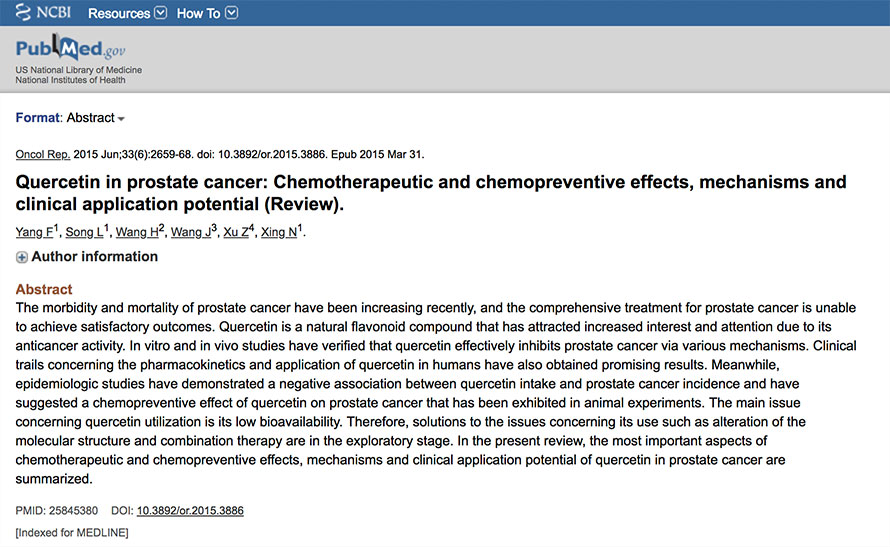 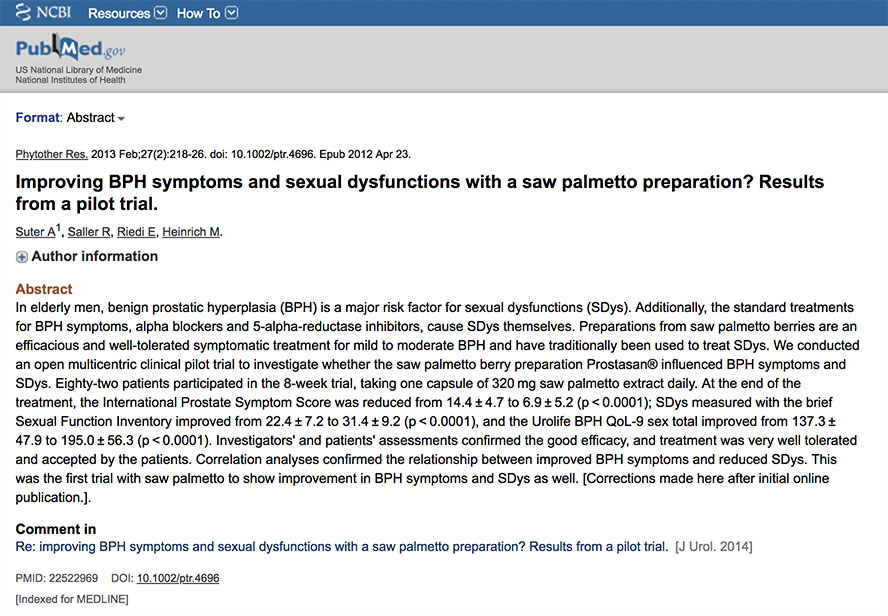 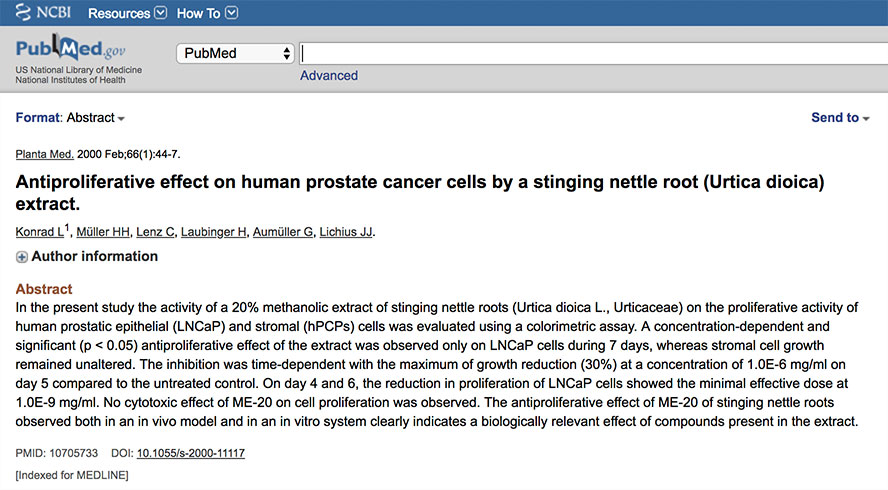 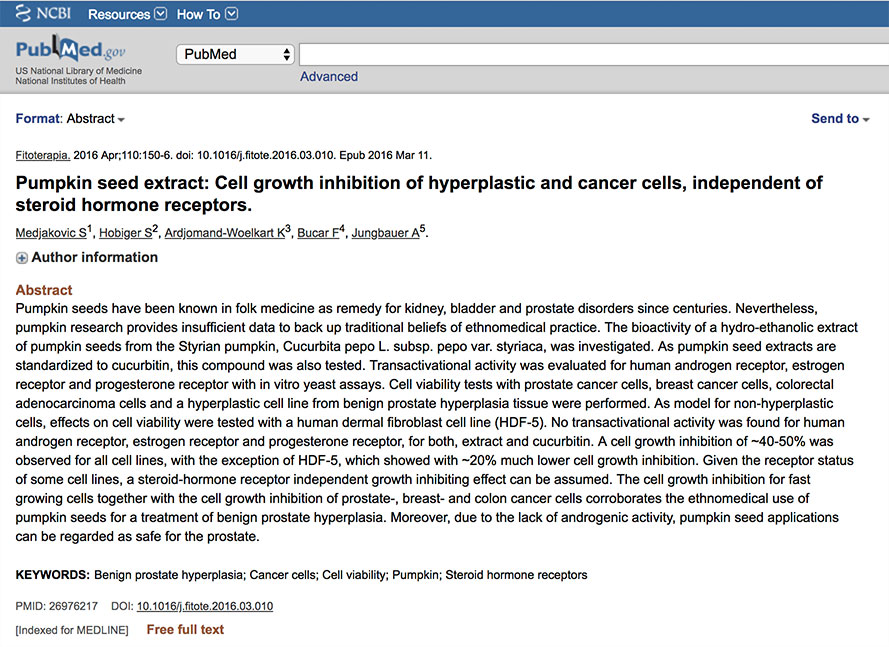 Why is Advanced Sito Prostate the Top Prostate Relief Supplement? 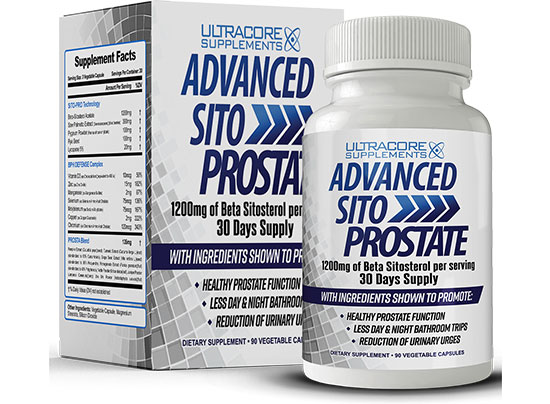 Order NowLearn More
* These statements have not been evaluated by the Food and Drug Administration. This product is not intended to diagnose, treat, cure, or prevent any disease.